Switzerland is topping UNCTAD’s Business-to-Consumer E-commerce Index 2020, which ranks 152 countries on their readiness to engage in online commerce.

For the first time, Switzerland leads the B2C E-commerce Index by UNCTAD (United Nations Conference on Trade and Development), just ahead of the Netherlands. In 2019, 97% of the Swiss population used the internet. The index scores 152 nations on their readiness for online shopping, worth an estimated $4.4 trillion globally in 2018, up 7% from the previous year.

Countries are scored on access to secure internet servers, reliability of postal services and infrastructure, and the portion of their population that uses the internet and has an account with a financial institution or a provider of mobile money services.

When you are active in the B2C business, Switzerland is clearly an interesting market for your products and services! However, do not underestimate the Swiss market, due to its complexity (non-EU country, local preferences, different linguistic regions). Need advice or assistance? Contact us! 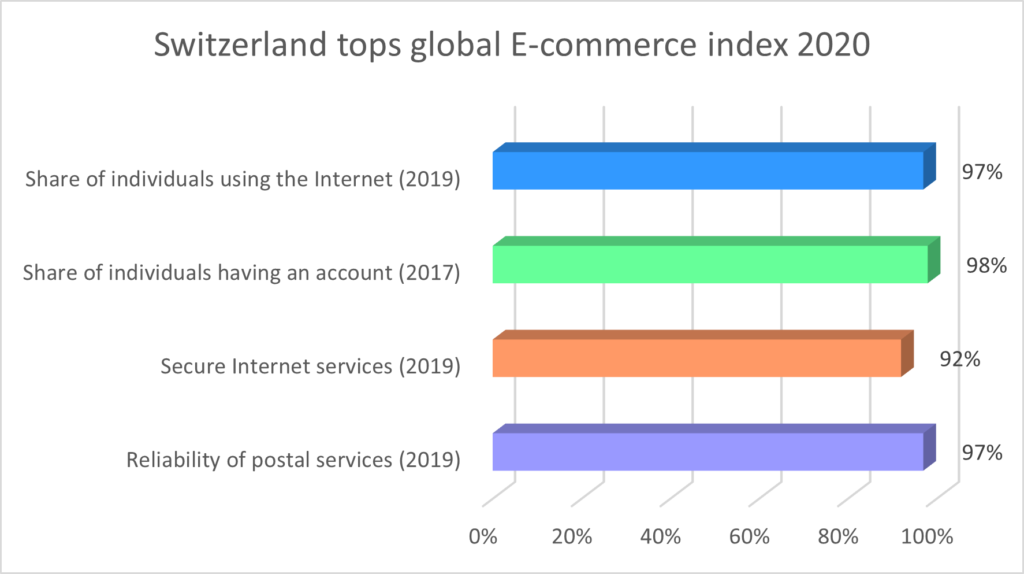 Why Switzerland is number one?

The Confederation scores highly across all four dimensions of the 2020 UNCTAD B2C e-commerce index.