The importance of SMEs in the Swiss economy

In business relationships it is important to be able to speak on an equal footing. This facilitates communication and builds trust between stakeholders. For SMEs this element is all the more important as the prospection resources are often limited. In Switzerland, 99.7% of the companies are small and medium-sized enterprises. This facilitate the dialogue for a foreign SME.

The statistics are pretty straightforward with 99.7% of the Swiss companies being SMEs. In terms of the number of jobs, more than two thirds of employees work for a small or medium-sized enterprise Generating 58% of the total added value, they also considerably contribute to national innovation, growth and prosperity. (Source: Federal Statistical Office)

The Swiss authorities are aware of their fundamental role and actively support this major segment of the economy by implementing policies which foster their development by reducing administrative burdens through the implementation of e-government. In addition, the e-ID launch is expected to be a key part of the future digital economy.

It is obvious that the current crisis has a greater impact on certain SMEs which do not have the same financial and digital resources as their larger competitors. Some sectors are also more affected than others, for example, companies active in the industry (watchmaking, consumer goods) and a majority of players in tourism and events. However, as in all crises, there are winners and losers. The most flexible companies will adapt and others will disappear. Thanks to its large diversity the Swiss economy is well equipped to cope with this kind of shock and thus allows us to remain positive.

SME should seize the opportunity to highlight this asset towards Swiss prospects. Prodigo can assist you in establishing contacts. 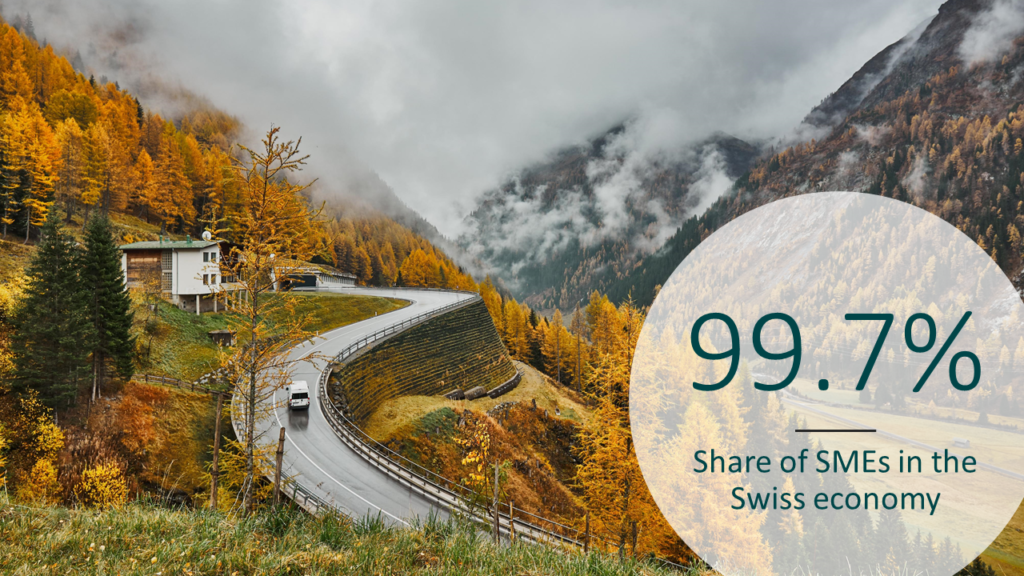